The History and Facts Around Teeth Whitening 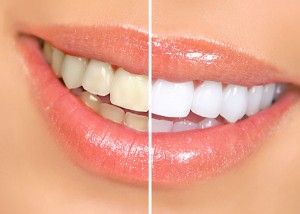 The process of teeth whitening has been around, in one form or another, for a very long time. In fact, it could be argued that due to a desire for whiter teeth, this treatment was among the very first remedies that man came up with in his earliest history. We can actually trace the desire, and the use of tools, for whiter teeth back to around 3000 BC. In those days, men and women would chew on a stick that removed the excess plaque from the teeth. Known as a chew stick, this device is still used in some rural cultures today but has been known to also chip parts of the tooth away. It wasn’t until the 1400’s that the Chinese came up with a better way to clean teeth, known as a brush. Made from the coarse hair of a Siberian boar, these toothbrushes were used all the way into the 19th century. Modern toothbrushes with nylon bristles were not used for teeth cleaning, and hence whitening, until 1938 when they were invented by a company named Du Pont. As teeth whitening specialists, we have heard a lot of different questions from our patients and a plethora of myths that cause concern when a patient comes in. It needs to be noted that teeth whitening is among the safest procedures that we perform. It is so safe in fact that many patients choose to purchase a whitening kit that can be administered under our supervision. Naturally some of our patients prefer to have a quicker procedure done in the clinic while they wait, but in either scenario the teeth whitening is incredibly safe. In order to make sure that our patients have the answers they need, we will take the time to go over all your concerns during the consultation. Some of the questions we get and some of the myths we hear are – Can teeth whitening can cause pain? Whitening of the teeth themselves does not lead to any pain. We believe that the reason this idea came to exist is because people who are whitening their teeth are going to experience some level of sensitivity due to the chemicals coming in contact with their gums. This sensitivity typically only lasts for around twenty-four hours and should never devolve into pain. One of the many reasons we recommend using us, instead of over the counter products, is because we are more careful and use custom fitted trays. These trays prevent excessive chemicals from touching the gums and reduce the amount of sensitivity you will experience. Can I use teeth whitening on a regular basis? That would depend on what you consider to be a regular basis. We recommend that you do not use any kind of teeth whitening solution within six months of having a treatment. Excessive use of trays and whitening strips can lead to increased sensitivity in the mouth. What about the teeth’s enamel? The Journal of American Dentistry recently published a study showing that there is no danger of damaging the enamel of your teeth by getting teeth whitening procedures done.

Get a $75 discount coupon towards treatment